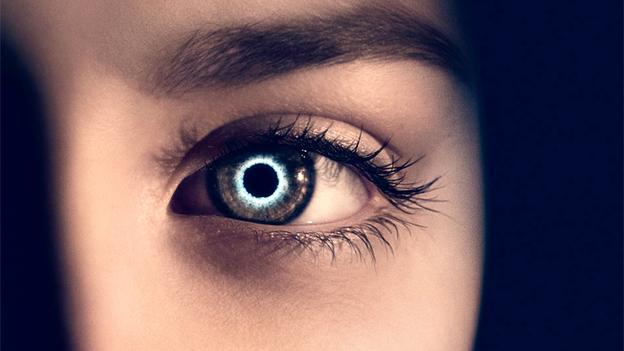 Truth is stranger than fiction when it comes to the extraordinary abilities of parasites to hijack other creatures minds... including our own.

Heads up. I'm starting with a spoiler. One of the most effectively scary movie moments I’ve ever seen is in the otherwise unmemorable 1979When A Stranger Calls. A young babysitter keeps getting phone calls asking “have you checked the children?”  Eventually she tires of the prank and contacts the police. They tell her to make sure all the doors are locked and if it happens again to keep the stranger on the line. The next time he rings she manages to get a few more words out of him, but he still hangs up quickly. The police call back. "We’ve traced the call. It’s coming from inside the house”.
When I first heard that line some screamed, some jumped, and I yelled because my girlfriend at the time nearly pulled my arm off. What makes it so much more unnerving and disturbing than all the typical horror fare which follows is exactly what this month’s bidding blockbuster, The Host,  has become the latest film to tap into. The enemy within.
Just like The Puppet Masters, David Cronenberg’s Shivers and many mostly B-movies, The Host centres on that sci-fi staple of an occupying organism which crawls onto - or more usually into – humans, taking near total control of them. But rather than this leading to a horrible transformation which is revealed, reviled and resisted over the course of the film, from the first frames of The Host we are in a future where the takeover is already almost complete. And where Earth seems all the better for it.
This makes it a neat variant both on invading life forms who want to eat us, or enslave us or just eliminate us, and on the cuddly ETs who just want to be our friends. Here the alien parasites, known as souls, have made the world a more joyous and harmonious place through the simple expedient of replacing our own natures with theirs, which by contrast are “compassionate, patient, honest, virtuous and full of love”. Wonderful, serene and wise as these souls (mostly) are, they only prosper by suppressing or snuffing out all those facets and flaws which makes each of us human. It’s smiley genocide.
Mind benders
If the idea of our species being enhanced by parasitic “souls” is ringing a distant bell, it might be that you’re reminded of Brian Aldiss’ 1962 novel Hothouse in which sentient fungi called morels boost our intelligence by attaching themselves to our heads.  Either that or the many real world examples of parasitic behaviour that seem like they come straight from the movies.
There are viruses, flukes, wasps, tapeworms, fungi and a whole host of tiny creatures whose only goal in life is to infect, exploit and take control of their host’s every day behaviour.
Take grasshoppers infected with hairworm. One day they are going about their business; the next they find themselves compelled to jump into pools of water. The parasite essentially makes grasshoppers suicidal to ensure they can reproduce.
Then there is the gammarid – a tiny shrimp-like crustacean that are a favourite of the thorny-headed worm. Your normal, uninfected gammarid is a shy creature that when threatened with being eaten, will dive into the mud at the bottom of the pond they live. But once infected, the creature does the opposite – shooting towards the surface. Again, the host has taken control of its senses – turning the gammarid into a zombie and allowing it to complete its life cycle by being eaten by a bird.

Or there is the Lancet liver fluke, an ingenious creature that goes from cow, to snail to ant and back again – the really clever bit coming at the end of the life cycle where the mind bending creature forces the unwitting ants to climb to the top of a blade of grass night after night, until it is eaten by a cow, starting the whole cycle again.
Love drug
And behaviour bending may also happen closer to home. Several studies have shown over the years that we too may be under the influence. With a stress on the “may”.
It has been known for a long time that rats infected with the single-celled brain parasite Toxoplasma gondii – commonly found everywhere form soil, infected meat and cat faeces – causes them to lose their fear. Stick an infected rat in a room with a cat and it will carry on oblivious to its inevitable fate.
And humans - of which a third may be infected with Toxoplasma gondii - could have similar tendencies (to lose their fear, rather than to sit happily in a room with a cat). A 2006 study, for example, suggested the infection could cause subtle but significant personality changes – potentially affecting everything from guilt, intelligence and affection. The author even raises the question of whether the creature has influenced human culture.
Which brings us back to The Host. There is a bit more to the film than just parasitic performance, and – being based on a novel by Stephenie “Twilight” Meyer – there’s also room for oodles of complicated romantic geometry way beyond bizarre love triangles, with people and their souls falling collectively or separately for other people and/or their souls.  I said it was complicated.
Had The Host been made a few decades ago, it might have been taken as a thinly veiled parable about the threat of communism: a poor cousin to that greatest of alien invasion movies, the original 1956 Invasion of the Bodysnatchers (which, for the record, all those involved with have always insisted was just a thriller, nothing more). Nowadays, although Meyer herself claims a key theme is learning to love the bodies we are in, some have viewed The Host as echoing contemporary concerns about the over use of drugs that may calm us down or cheer us up, but subdue our personalities as well as our anxieties. Others see it as being about mental disease and decay, and the fear that our self slips away from our body. And that’s all before – at the time of writing – the film has even been released.
Even in the hands of Andrew Niccol, the writer/director responsible for such thought-provoking science fiction as Gattaca and The Truman Show (and more recently but less effectively In Time) I’m not sure that The Host is able to bear the weight of all those possibilities.   It is mostly just a teen-friendly sci-fi romance with a love conquers all message. But perhaps all these interpretations and extrapolations reveal another parasitic relationship, the one in which different audiences burrow into movies and find what they need to feed off within them.
Posted by Stephen Skelton at 6:28 AM No comments:

Chinese bus driver survives after being hit by lamp post 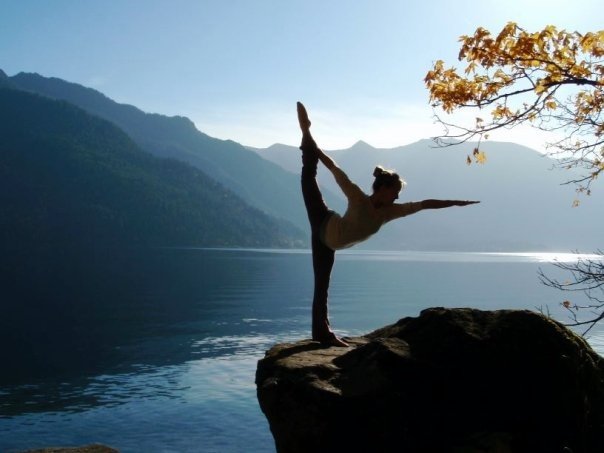 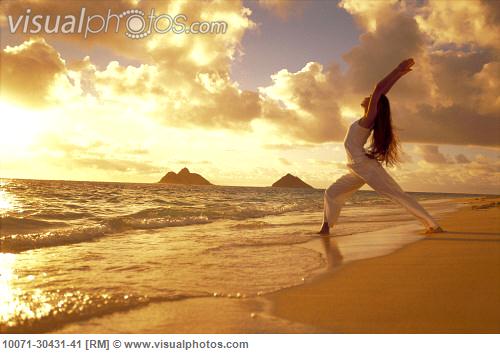 Posted by Stephen Skelton at 6:04 PM No comments: 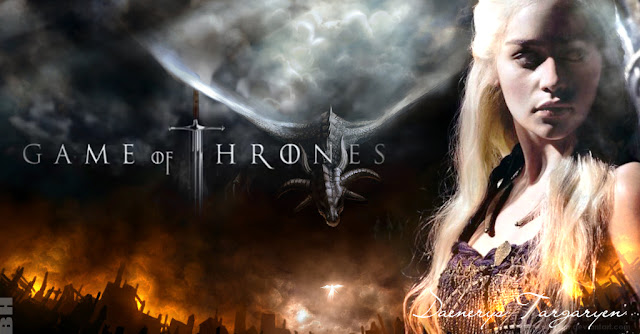 In our first look we find there are plenty of shocks, sinister characters, and - of course - sex in store for season three of the cult series.
Zoom in on this story. Explore all there is to know.

Watch the latest trailer for Game of Thrones season 3 here.
The snowy vistas; the muddy muck. The knights; the whores. The beards; the boobs. The little boy - whoosh! - out the window in episode one. Game of Thrones took my breath away when it arrived in 2011. It was a sprawling million-dollar medieval epic with production values that made Mad Men look like a backyard YouTube video and a cavalier attitude towards its characters that made The Wire look like Sesame Street.
I had no idea who anyone was and it didn't matter. It was riveting. And I soon figured it out. Seven houses, all vying for the Iron Throne and the chance to rule over the seven kingdoms. Quite simple when you boil it down.

Daenerys Targaryen continues to be one of television's most awe-inspiring heroines.

If you haven't seen the show since season two aired on television, I advise you to do some revision before you settle in for season three, which begins on Monday, or you'll be bewildered all over again.

Daddy issues ... Peter Dinklage as Tyrion Lannister is, as ever, a highlight of the show.
Did you remember, for instance, that the treacherous toerag Theon Greyjoy, after sacking the castle of the Starks - the people who had raised him and given him a home - had been captured? I mean, kudos to his captors, but WTF?
Advertisement
There is plenty more in this vein. Why did Catelyn let the Kingslayer go? How did Daenerys get a ship?
Creators David Benioff and D. B. Weiss have their work cut out for them adapting George R. R. Martin's lengthy novels into a series of 10 hour-long episodes. This story may be riven with swords and castles and magic and battles but more than anything it is driven by characters and their flaws. Even with the constant deaths (don't get too attached to anyone!), the tapestry of players is always growing. So it's not surprising that Benioff and Weiss have decided to cleave Martin's third book, A Storm of Swords, in two: season three is the first half; season four will be the second.

Beauty and the meek ... Has Joffrey (Jack Gleeson) met his match with Margaery (Natalie Dormer)?
After the thrills of season one, the second seemed a little workmanlike: it had to follow the characters we knew, while putting faces to those that had previously only been talked about. It sometimes felt like the whole season was a mere set-up for the next.
Season three picks up exactly where the second left off: with the sinister White Walkers stalking the Night's Watch in the snowy north. Dumpy old Samwell Tarly (John Bradley-West) is in their sights. Lovely Jon Snow (Kit Harrington) meanwhile, is mingling with giants after Ygritte (Rose Leslie) has taken him to the Wildling camp.
Of the characters introduced in season two, one of the most exciting is Margaery (Natalie Dormer). There is a feeling that in her Joffrey (Jack Gleeson) may have met his match. Part of that is wishful thinking, but it's not so far-fetched: although Joffrey is cruel there has never been any suggestion that he is also smart. There is no doubt at all that Margaery, as well as being ambitious, is a very bright woman.

Game of Thrones Season 3 - Emilia Clarke as Daenerys
In a field of fine actors, Charles Dance continues to run rings around everyone as the ruthless Lannister patriarch Tywin. Peter Dinklage as his son, Tyrion, and Michelle Fairley as Catelyn Stark are not far behind. Catelyn's grief at the news that her young sons are believed to be dead is palpable.
As the strong, beautiful and fair mother of dragons Daenerys Targaryen (Emilia Clarke) continues to be one of television's most awe-inspiring heroines. Now that she has some literal fire power the odds of her sitting on the Iron Throne suddenly got a lot shorter.
Among the newcomers, Diana Rigg is captivating as Margaery's plain speaking grandmother, Olenna, and Ciarin Hinds is commanding (as ever) as Wildling leader Mance Ryder. Australian Noah Taylor turns up to do some damage as the sadistic Locke.
The show's very first shocking moment came at the end of the first episode of season one. The third makes us wait a little longer but it's no less brutal. The conclusion to episode four is as thrilling as episode three's is chilling. Buckle up; it's going to be a wild ride.
Game of Thrones season 3 premieres on Showcase, express from the US, on 1 April.


Posted by Stephen Skelton at 2:09 AM No comments: