Divine Mother, may Thy love shine forever on the sanctuary of my devotion, and may I be able to awaken Thy love in all hearts 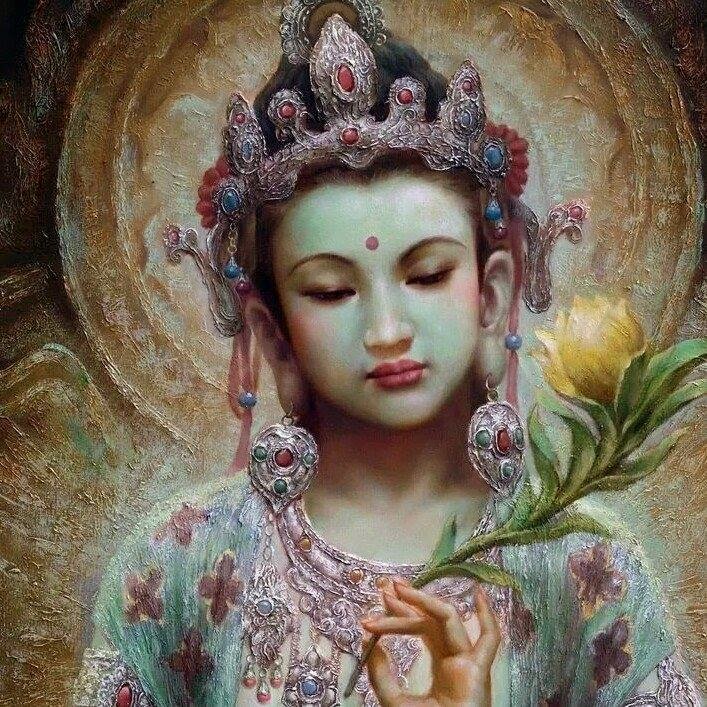 Divine Mother, may Thy love shine forever on the sanctuary of my devotion, and may I be able to awaken Thy love in all hearts
Posted by Stephen Skelton at 9:48 PM 1 comment:

The co-pilot of the Germanwings plane that crashed into the French Alps on Tuesday appeared to want to "destroy the plane", French officials said.
Marseille prosecutor Brice Robin, citing information from the "black box" voice recorder, said the co-pilot was alone in the cockpit.
He intentionally started a descent while the pilot was locked out.
Mr Robin said there was "absolute silence in the cockpit" as the pilot fought to re-enter it.
The co-pilot, now named as Andreas Lubitz, was alive until the final impact, the prosecutors added.
"We hear the pilot ask the co-pilot to take control of the plane and we hear at the same time the sound of a seat moving backwards and the sound of a door closing," Mr Robin told reporters.
"At that moment, the co-pilot is controlling the plane by himself. While he is alone, the co-pilot presses the buttons of the flight monitoring system to put into action the descent of the aeroplane.
"This action on the altitude controls can only be deliberate."
The Airbus 320 from Barcelona to Duesseldorf hit a mountain, killing 150 people, after an eight-minute descent.
Posted by Stephen Skelton at 5:12 AM No comments:

An Airbus A320 airliner has crashed in the French Alps between Barcelonnette and Digne, French aviation officials and police have said.
The jet belongs to the German airline Germanwings, a subsidiary of Lufthansa.
The plane had reportedly been en route from Barcelona to Dusseldorf and was carrying 142 passengers and six crew.
French President Francois Hollande said: "The conditions of the accident, which have not yet been clarified, lead us to think there are no survivors."
Mr Hollande said the crash was a tragedy and called for solidarity with the victims, adding that the area of the crash was very difficult to access.
The plane had issued a distress call at 10:47 (09:47 GMT), according to sources quoted by AFP news agency.
French Prime Minister Manuel Valls said he had sent Interior Minister Bernard Cazeneuve to the scene and a ministerial crisis cell to co-ordinate the incident had been set up.
Both Airbus and Germanwings have said they are aware of the reports but cannot yet confirm them.
Posted by Stephen Skelton at 4:38 AM No comments:

Tree of Souls - Flowers that are out of this world: Enchanting wisteria vines in Japan are real-life version of blockbuster Avatar's Tree of Souls

Flowers that are out of this world: Enchanting wisteria vines in Japan are real-life version of blockbuster Avatar's Tree of Souls

By DAILY MAIL REPORTER
PUBLISHED: 10:21 GMT, 14 May 2013 | UPDATED: 13:07 GMT, 14 May 2013
21
View comments
In the Hollywood 3D blockbuster Avatar, the Tree of Souls mesmerised audiences with its vibrant blue and purple colours.
But there's now an Earthly version giving the alien tree a run for its money - the breath-taking 10,000 square foot wisteria vine grove in Japan.
These amazing photographs were captured at Japan's Ashikaga Flower park, home to hundreds of enchanting wisteria vines.
Scroll down for video Rare sight: A vibrant wisteria plant has been trained with careful pruning over numerous years to grow upright into a tree at the Ashikaga Flower park in Japan Like something out of a fairy-tale: The view from beneath the wisteria trees in Ashikaga Flower park in Japan earlier this month
IT support worker Jeff Matsuya visited the park in May, and was blown away by the beauty and immense number of vines, held up by special poles that allow the plants to climb upwards.

Share
'Most people react in surprise when they see the Wisteria, as at first sight you wouldn't guess it were a real plant,' said Jeff.
'This is always followed by pure amazement - it's hard to take your eyes off the wisteria when you're standing in the fairy-tale environment.'
Jeff came across the park while researching online and decided he had to see it first-hand. Magical garden: The park contains a 10,000 square foot wisteria grove which visitors can walk through with the plant dangling overhead Spot the difference: The wisteria plants at the Ashikaga Flower park bear a striking resemblance to the Tree of Souls in the Hollywood 3D blockbuster Avatar, pictured
He added: 'As soon as I saw images of the wisterias online, I immediately knew that I had to go and see it for myself.'
Wisterias are climbing plants related to the pea native to North America, China and Japan.
They were imported to Britain in the 18th Century and can be seen flowering this time of year across the country.
Through careful pruning wisteria can be 'trained' to stand upright in a tree-form, rather than just climb up surfaces as is natural for them.
These breath-taking photographs, also captured by photographer Koji Tajima, show how the vines range through a spectrum of colours from white, light pink, purple and red.
Beautiful! The Ashikaga Flower park visited A wall of flowers: The hanging wisteria is so thick in some parts of the Japanese park it is impossible to see through it Years in the making: Wisteria vines normally grow along walls but with pruning and the use of special poles to hold up the branches, they can be manipulated into tree shapes
The park is home to hundreds of these spell-binding trees, ranging from shrubs, draped wisteria, to 260-foot-long tunnels and are said to be the most beautiful wisterias in the world.
'Having lived in Japan for ten-years, I couldn't believe I hadn't visited before,' said Jeff.
'There are so many places I'm discovering for the first time and this was just one of the ones that took my breath away.
'I spent the entire day walking around and taking photos as various scenes caught my eye, there was so much to see.
'Photographers will always continue to visit this magical place year-after-year, just to capture the growing beauty.'
One of the largest wisterias, known as a 'Fugi Tree' in Japan, has been growing for 100-years, and forms a living umbrella of leaves over visitors. Email ThisBlogThis!Share to TwitterShare to FacebookShare to Pinterest
Labels: Tree of Souls 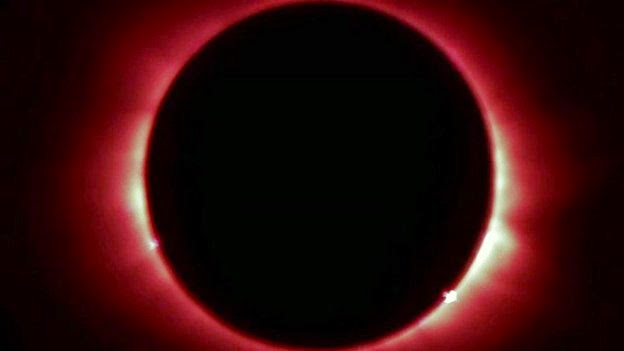 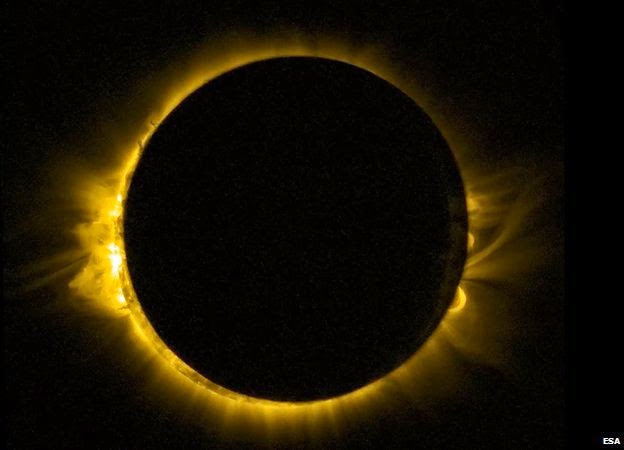 Posted by Stephen Skelton at 4:11 AM No comments:

Japanese scientists have succeeded in transmitting energy wirelessly, a key step that could one day make solar power generation in space a possibility, an official said.
Researchers used microwaves to deliver 1.8 kilowatts — enough to run an electric kettle — through the air with pinpoint accuracy to a receiver 55 meters (170 feet) away.
While it wasn’t a great distance, the technology could pave the way for mankind to eventually tap the vast amount of solar energy available in space and use it here on Earth, a spokesman for The Japan Aerospace Exploration Agency (JAXA) said Thursday.
“This was the first time anyone has managed to send a high output of nearly 2 kilowatts of electric power via microwaves to a small target, using a delicate directivity control device,” he said.
JAXA has been working to devise space solar power systems, or SSPSs, for years, he said. Solar power generation in space offers many advantages, notably the permanent availability of energy regardless of weather or time of day.
While man-made satellites, such as the International Space Station, have long been able to use the solar energy that washes over them from the sun, getting that power down to Earth where people can use it has been a thing of science fiction.
But the Japanese breakthrough offers the possibility that humans will one day be able to tap an inexhaustible source of energy in space.
The idea, said the JAXA official, would be for microwave-transmitting satellites with sunlight-gathering panels and antennae to be set up about 36,000 km (22,300 miles) from Earth.
“But it could take decades before we see practical application of the technology — maybe in the 2040s or later,” he said.
“There are a number of challenges to overcome, such as how to send huge structures into space, how to construct them and how to maintain them,” he said.
The SSPS concept emerged in the U.S. in the 1960s. Japan’s version, mostly financed by the industry ministry, started in 2009, he said.
Resource-poor Japan has to import huge amounts of fossil fuel. It has become substantially more dependent on these imports as its nuclear power industry shut down in the aftermath of the disaster at Fukushima in 2011
Mitsubishi Heavy Industries Ltd. meanwhile said Thursday it succeeded in transmitting 10 kilowatts wirelessly to a receiver 500 meters away, in a test in Kobe. It hopes to find practical applications for the technology in five years, such as for charging electric vehicles or powering warning lights on power transmission towers. The company also said it aims to use the technology to send power to isolated areas in the wake of disasters.
Mitsubishi Heavy has cut costs by using a mechanism employed in microwave ovens because the cost of wireless power transmission technology used in space is high, according to the company. The company plans to eventually halve the cost.
At present, a more efficient system is needed to transmit power from offshore wind turbines and send electricity to isolated rural areas, Mitsubishi Heavy said
Posted by Stephen Skelton at 10:18 PM No comments:

Life on Jupiter! Next the scientists will find Life on Venus! Now wouldn't that be surprising... - BBC Science article 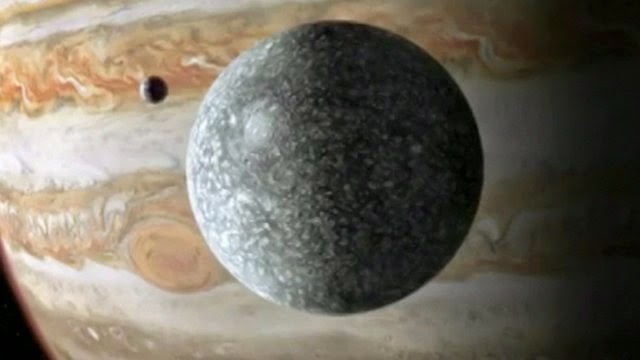 There is further, compelling evidence that Ganymede - the largest moon in the Solar System - has an ocean of water beneath its icy crust.
The new data comes from the Hubble Space Telescope, which has been studying how auroral lights dance around the satellite of Jupiter.
The presence of a sub-surface ocean would heighten interest in Ganymede as a potentially habitable world.
Europe's robotic Juice probe is being sent to orbit the moon in the 2030s.
Posted by Stephen Skelton at 2:40 AM No comments:

The seven ways to have a near-death experience 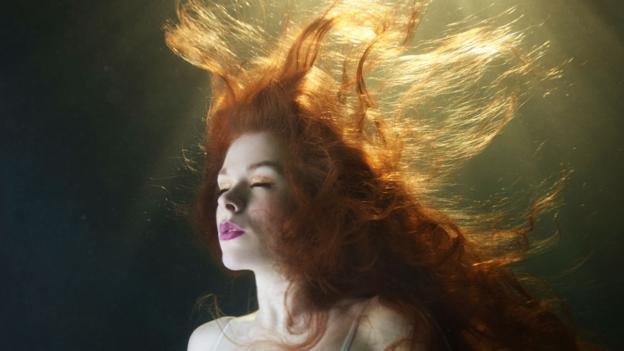 (Getty Images)
Seeing a light and a tunnel may be the popular perception of death, but as Rachel Nuwer discovers, reports are emerging of many other strange experiences.

‘I bring the dead back to life’

Inside the minds of the ‘dead’

Will we ever bring the dead back

Do your nails grow after death?

How to live forever

Drinking a few cups of coffee a day may help people avoid clogged arteries - a known risk factor for heart disease
In 2011, Mr A, a 57-year-old social worker from England, was admitted to Southampton General Hospital after collapsing at work. Medical personnel were in the middle of inserting a catheter into his groin when he went into cardiac arrest. With oxygen cut off, his brain immediately flat-lined. Mr A died.

"The mental experience of death is much broader than what’s been assumed" — Sam Parnia, researcher

Posted by Stephen Skelton at 3:28 PM No comments: