The worst inventions of all time

Death drive
The AVE Mizar, a flying car, killed its inventor in a crash in 1973. It’s one of many notorious failed inventions, compiled in the following gallery. (Wikimedia Commons)

It’s easy to dismiss or laugh at ideas that never take off, but failure plays a vital role in shaping the devices that rule our lives, as Richard Fisher discovers.

The myth of tech ‘revolutions’

Up and away: Ten flight firsts

How to re-invent spectacles

Email ThisBlogThis!Share to TwitterShare to FacebookShare to Pinterest
Labels: inventions 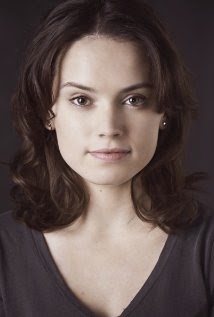 It's just over 24 hours since JJ Abrams finally revealed who he had cast to appear in the eagerly anticipated Disney and Lucas Film Star Wars sequel, Episode VII.
And the announcement proved a mixed bag.
On the one hand, fans were delighted to hear of the return of Harrison Ford (Han Solo), Carrie Fisher (Princess Leia), Mark Hamill (Luke Skywalker), Anthony Daniels (C-3PO), Peter Mayhew (Chewbacca) and Kenny Baker (R2-D2).
On the other, they were left scratching their heads and frantically googling the names of several relative unknowns, seemingly plucked from obscurity and thrown into the most high-profile roles that the entertainment industry has going.
Among the most puzzling were John Boyega, a 22-year-old London-based actor best known for starring in Attack The Block, Adam Driver of Girls fame, Domhnall Gleeson, the son of Irish actor Brendan Gleeson who played Ron Weasley's brother in Harry Potter, and Oscar Isaac, the star of the Coen brothers'Inside Llewyn Davis.
By far the most Googled, however, was Daisy Ridley, who quickly became an overnight internet sensation. Partly because of the role she's rumoured to be taking on, and partly because she's the only new major female character in the film.
But who the hell is she? Allow us to enlighten you.
She's most famous for...
Erm. Appearing in Star Wars: Episode VII. Before she's actually appeared in it. Or so credits her IMDB account, which was updated moments after JJ Abrams' big casting announcement was made:
Her other most noted roles were in the second season of Mr Selfridge, in which she starred opposite Jeremy Piven as Roxie Starlet. She also had roles in Blue Season,Scrawl and Youngers (cue tumbleweed) as well as guest stints in Casualty andSilent Witness. She makes her silver screen debut in Inbetweeners 2, due for release in August.
She might well be set to play the daughter of Han Solo and Princess Leia, Jaina Solo...
Which, if the rumours surrounding the as of yet unknown character she will be playing are true, will instantly make her the coolest member of the entire cast. Back of the class, Mark Hamill. Back of the class.
She was briefly on Twitter...
If you wanted to stalk her every waking movement for any possible nuggets of information regarding the above, her handle is: @DaisyRidley. She only set the account up last night, tweeting "Hello everyone!" and "Overwhelmed by all the support. This is the greatest day of my life. I'm told I can't say who I'm playing yet, but it's exciting!" The account hasn't been verified, and it's since been suspended, but it's probably her and not a 50-year-old man eating mackerel out of a can and playing WOW.
She's also newly on Instagram...
And this is all she wants you to know about her:
Except, of course, for this. Her vital statistics. Which are described thusly on her agency site...
Just in case you wanted to know how tall she was or something:
Height: 5' 7 (170cm)
Playing Age: 16 - 20
Eye Colour: Hazel
Hair Colour: Brown
Hair Length: Mid Length
Appearance: White, Eastern European, Mediterranean
Oh, and she can do the following accents, should you so require her to do so...
Cockney, Dublin, London, Northern. Enjoy.
She's also clearly from a great gene pool...
Her younger sister, Kika-Rose Ridley, is signed to Models 1 and looks like this.
But we can't tell you her age...
Because it's a complete mystery. But her 'playing age' is listed by her agent Jonathan Arun to be between '16 and 20'.
Posted by Stephen Skelton at 7:45 PM No comments:


Naya Rivera has reportedly left Glee after being sacked over a fight with her co-star Lea Michele.
Naya Rivera has reportedly been fired from Glee.
The 27-year-old actress has reportedly been given the boot from the show after a blazing row with Fox's producers over her co-star Lea Michele's "diva antics" earlier this month, according to the New York Daily News newspaper.
Not only has the brunette beauty been axed from the musical show, it is also believed she's been "written out" of programme's fifth season finale, PopWrapped reports.
Rivera's future on the show was questioned when she reportedly stormed off set on April 15 after the Cannonball singer, whose boyfriend and on-screen love interest Cory Monteith tragically passed away last year, reportedly made the rest of the cast wait to shoot a scene as she dealt with personal matters.
However, it is believed the stars have been "icy" towards each other for a while.
An insider told Us Magazine at the time: "Naya is jealous that Lea is the show's main star. There is a lot of sighing and eye-rolling between them. They talk behind each other's backs a lot."
Meanwhile, Rivera, who plays sexy lesbian Santana on the hit show, has had a rough month after her fiance Big Sean called off their engagement and ended their relationship.
She later claimed the rapper had stolen an expensive Rolex watch from her home in Los Angeles because he is jealous of her success.
In a tweet which has now been removed, she wrote: "@BigSean stealing rolexes from a lady's house now. Maybe cuz I'm on Glee and making more money or something. #triflin' (sic)".
- Bang! Showbiz Lea Michele (L) and Naya Rivera (R) hate each other according to an on set source. Source: Supplied
THINGS are anything but gleeful for Lea Michele and Naya Rivera.
Days after reports of on-set feuding between the leading ladies, sources close to production of the Fox show confirm to the Daily News that Rivera has been fired.
Not only has she been axed, but PopWrapped adds that Rivera, 27, has been “written out” of the show’s Season five finale.
However, Fox has denied the accusations, telling The Hollywood Reporter, “Any reports or rumors circulating that Naya Rivera was let go or fired from Glee are absolutely untrue. End of story”. They may have been friendly on the show, but it was a different story behind the cameras. Source: Supplied
“They’re always icy to each other,” an unnamed source told Us Weekly following an April 15 incident. “Naya is jealous that Lea is the show’s main star.”
The source continued, “They talk behind each other’s backs — a lot. They hate each other.”
This article originally appeared in The New York Post.

Posted by Stephen Skelton at 8:39 PM No comments: 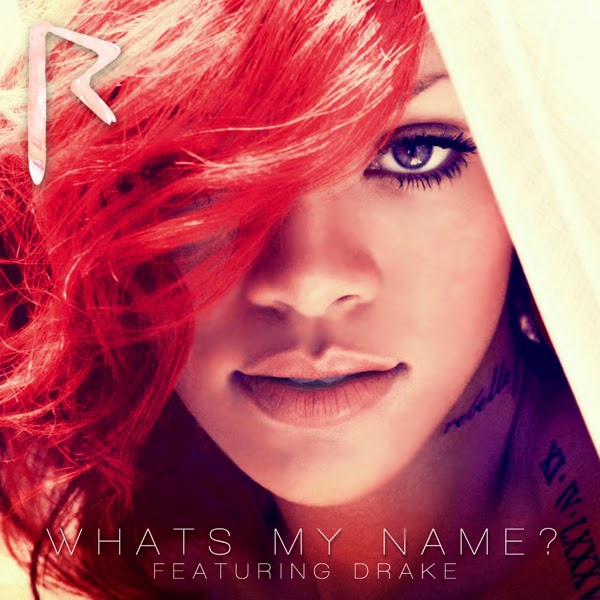 Posted by Stephen Skelton at 7:36 PM No comments: 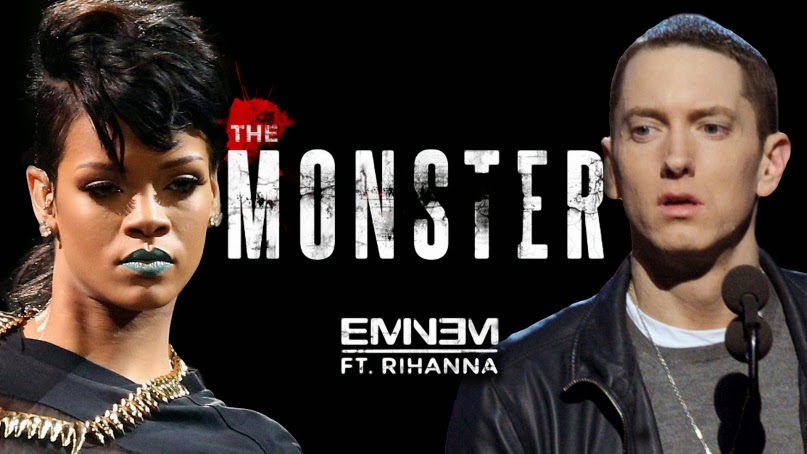 Posted by Stephen Skelton at 4:24 PM No comments: 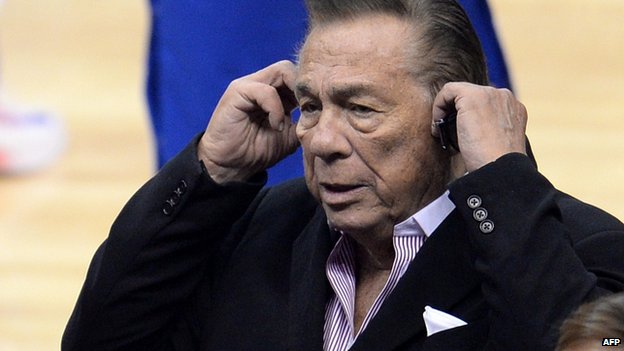 The owner of the Los Angeles Clippers professional basketball team has been banned from the National Basketball Association for life after a recording emerged of him making racist remarks.
NBA commissioner Adam Silver said Donald Sterling would be forced to sell his interest in the team.
And the league will fine him $2.5m (£1.5m), the maximum allowed.
Mr Sterling was recorded asking a woman not to associate in public with black people nor bring them to games.
He later said the recording "does not reflect his views".
In a news conference on Tuesday, Mr Silver told reporters that Mr Sterling's "hateful opinions... simply have no place in the NBA". 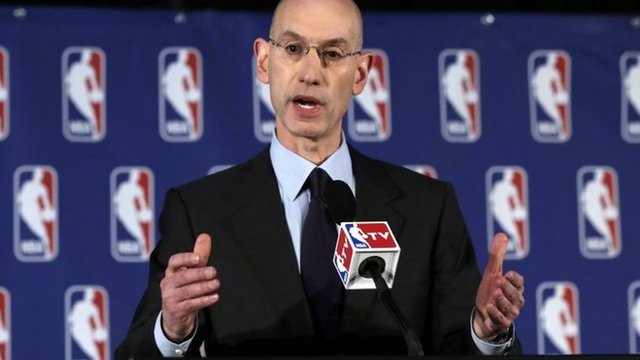 "This league is far bigger than any one owner"
"That they came from an NBA owner only heightens the damage," he said. "I am personally distraught that the views expressed by Mr Sterling came from within an institution that has historically taken a leadership role in matters of race relations."
Continue reading the main story

Mr Silver said Mr Sterling would be banned from participating in all team business, as well as attending any NBA practices or games.
The fine will be donated to organisations focused on combating racism, he said.
And Mr Silver said he would urge the NBA's board of governors to force Mr Sterling to sell his stake in the team, which he purchased in 1981.
It is considered the harshest punishment ever meted out by the NBA.
"Commissioner Silver showed great leadership in banning" Sterling, basketball great Earvin Magic Johnson tweeted following the announcement.
Mr Johnson reportedly posed for a photo with Mr Sterling's female companion, leading to his comments on the controversial recording.
Following the announcement of Mr Sterling's NBA expulsion, the Clippers' website posted the message: "We are one." 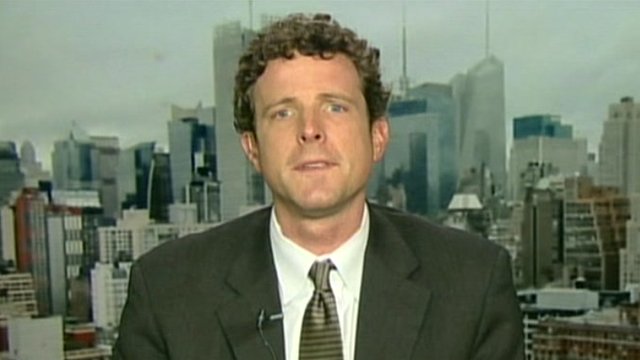 A US sports writer considers the wider implications of the ban
"We wholeheartedly support and embrace the decision by the NBA," the statement added. "Now the healing process begins."
The row erupted on Friday when celebrity news website TMZ published a10-minute audio recording in which a man can be heard criticising a woman, believed to be Mr Sterling's girlfriend V Stiviano, for posting online photographs of herself with black friends at Clippers games.
"It bothers me a lot that you want to broadcast that you are associating with black people. Do you have to?" the man says.
"The little I ask is not to promote it on that... and not to bring them to my games." 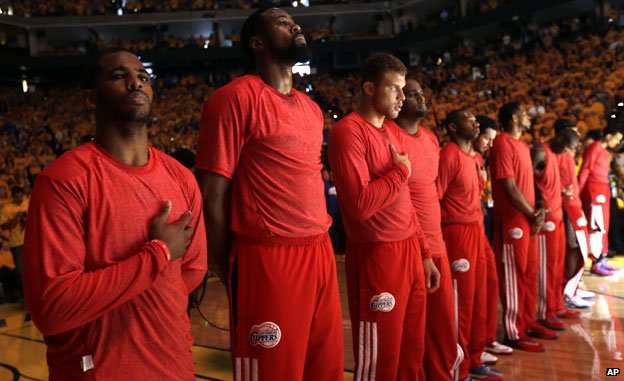 The Clippers players wore their jerseys inside out as a protest
On Tuesday, Mr Silver said Mr Sterling had acknowledged it was his voice on the recording. It was not clear how or when the conversation was recorded.
The remarks caused an immediate uproar in Los Angeles and among basketball fans across the country.
The Clippers are competing in the first round of the NBA playoffs, drawing extra scrutiny to Mr Sterling's remarks.
On Sunday before a game against the Golden State Warriors, the players staged a silent protest, going through a pre-match warm-up with shirts on inside-out to hide the team's logo.
The players also wore black wristbands or armbands and all wore black socks with their normal jerseys.
Mr Sterling did not attend the game.
Posted by Stephen Skelton at 4:18 PM No comments: 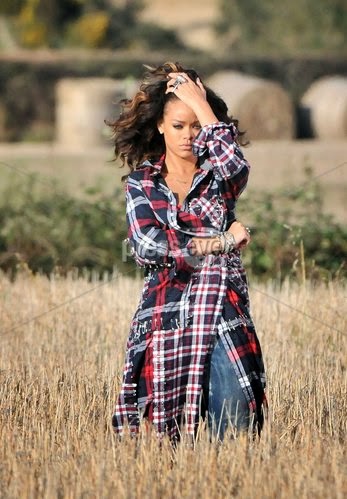 Posted by Stephen Skelton at 7:48 PM No comments: