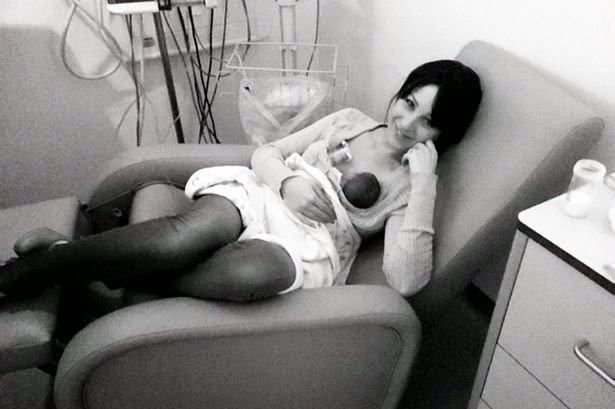 A photograph of a mother breastfeeding her premature baby has gone viral after it was deleted by Facebook.
Emma Bond's picture of her feeding newborn Carene was removed after complaints it contained nudity.
Ms Bond later uploaded it to a pro-breastfeeding group - where it attracted 166,000 "likes" - but users who then shared it to Facebook found their links were deleted.
Facebook said the photo was removed in error but had now been put back up.
'Out of order'

"It's something very natural, very special, and something that should be promoted," Ms Bond, from Oswestry, Shropshire said.
She said she received "hundreds" of encouraging messages from supporters around the world.
"It was out of order for [Facebook] to remove it but at least it's had a positive impact," she added. 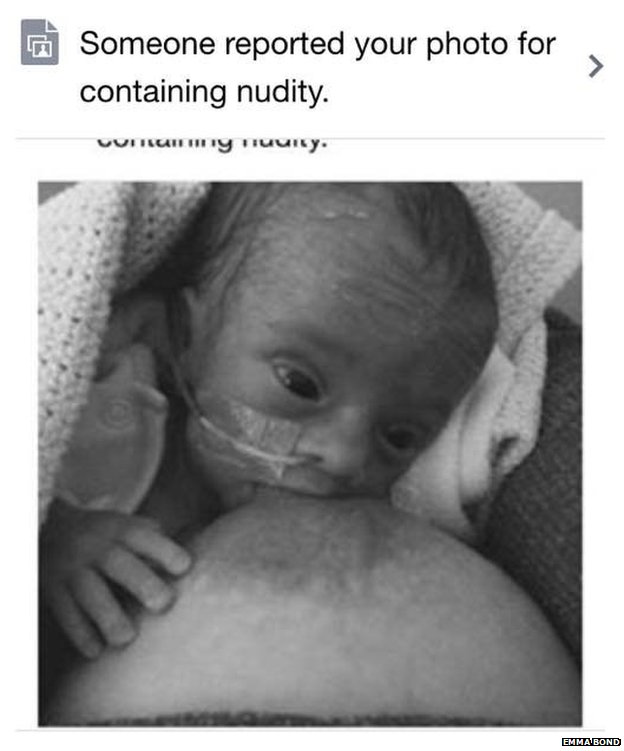 Emma Bond's picture of her feeding newborn Carene was removed by moderators at Facebook after complaints it contained nudity
Sarah Crown, editor of parenting website Mumsnet, said she was "not surprised" someone had complained about the original post.
"We have a problem with photos of women breastfeeding on Facebook because they involve breasts," she said.
Ms Crown likened it to posting a photo of any other "incredibly personal, intensely intimate moment", such as a baby sleeping.
A spokeswoman for Facebook said breastfeeding photos have never been against the firm's Community Standards, but nipples had to be covered or concealed.
However, that policy was updated earlier this year with context given more consideration and photos that show a nursing mothers' breasts are allowed even if it they are fully exposed, as are mastectomy photos showing a fully exposed breast.
Posted by Stephen Skelton at 12:54 AM