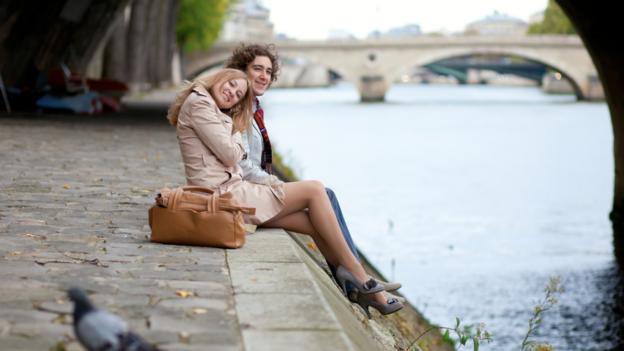 (Thinkstock)
Q. On arrival at my new job-posting overseas, my boss warned me that some of the local women working in our office might be interested in dating me. He chalked this up to the higher salaries expats earn. Now an attractive, younger colleague has suggested we meet up at weekends and go for walks in the park after work. I like her and I think she likes me, too, but I am worried about my boss’ opinion — and about his warning. What should I do?

A. There are two problems with this situation. First, as an expatriate, you’re sailing into international waters and it’s not clear which culture will apply: your own, or your host country’s? Second, you’re poised to get involved in a workplace romance, which is always tricky, no matter the country.
"Tread carefully," said Amy Nicole Salvaggio, an associate professor of psychology at the University of New Haven, Connecticut, who has studied dating in the workplace. Everybody in the office always knows which colleagues are dating each other, and "a relationship between an expat and a local may attract even more attention,” Salvaggio said.
To determine what’s expected if you’re dating co-workers in the host culture, try asking around outside your office. Some companies contract with an expat-relocation service that helps overseas workers get acclimated; these consultants could also be a good resource on this issue. Or ask people at the local expat club or association. Then square this with what’s considered okay in your own country’s business culture. If the two norms clash, always err on the side of the more conservative one.
When co-workers are linked romantically, there’s always the suspicion that they’re not completely focused on work when they’re in the office. This can lead to resentment if colleagues feel they have to pick up the slack, Salvaggio said.
Even worse, “if there is even a whiff that either party is using the relationship to 'get ahead,’ expect a backlash,” Salvaggio warned. Does the local person have something to gain from the relationship, such as money, a promotion, or a plum assignment?
If the answers to these questions is ‘no,’ and you begin a relationship, you can try to ward off office resentment by making certain your work doesn’t suffer. Put in as much face-time as before. Don’t tell your boss and co-workers that you’re working as hard as you did previously; show them, Salvaggio said.
Don’t hide the relationship. “When the secret comes out (as it often does), your boss may feel doubly betrayed; first, because you have disregarded the advice, and second, because you didn’t trust your boss enough to be open about it,” said Salvaggio.
Posted by Stephen Skelton at 5:01 PM