New Avatar films all to be shot in NZ

The next three Avatar films will be made in New Zealand, the Prime Minister has announced at a press conference with the film's director James Cameron.

Mr Key announced this morning that the Government had signed a memorandum of understanding with the film's makers to secure the multi-film deal.

He said investment would be "significant" - a minimum of $500 million for the three films.

The announcement is good timing for the Government, after calls from the film industry for further work after the end of the Hobbit films.

Producer John Landau and 20th Century Fox's Paul Hanneman were also at the announcement, where Mr Key also set out further incentives for the film industry.

Mr Cameron said he was delighted at the news, not least because he and his family were about to become New Zealand residents. He has recently bought land in the Wairarapa.

"For that reason it's a real pleasure to know I'm going to have so much of my work done here over the next few years."

He said work was already underway with Weta on the movies.

"Its important for everyone to know this [agreement] isn't just about the Avatar films directly, it's about trying to lift up the New Zealand film industry, incubate new talent and develop new IP."

20th Century Fox Hanneman said an undertaking of the scope of Avatar required a significant collaboration between the film industry and Government.

"New Zealand offers unparalleled support to films of this scale."

Changes to the screen productive incentives will mean Avatar is likely to benefit from a 25 per cent rebate.

Changes to the incentives for both overseas and local film makers include raising the rebates from 15 per cent to 20 per cent - and those which provided extra benefits to New Zealand would get extra 'points' entitling them to an extra 5 per cent on top of that.

The Avatar agreement includes committing to a long term relationship with 20th Century Fox, spending at least $500 million on production in New Zealand, including most of the live action shooting and visual effects.

It also commits the film's makers to ensuring at least 90 per cent of the live action crew are New Zealanders and New Zaland will host at least one of the three premieres.

James Cameron and Jon Landau have also offered to set up a new screen advisory board.

He said it would help the industry ride out the peaks and troughs which had troubled it. 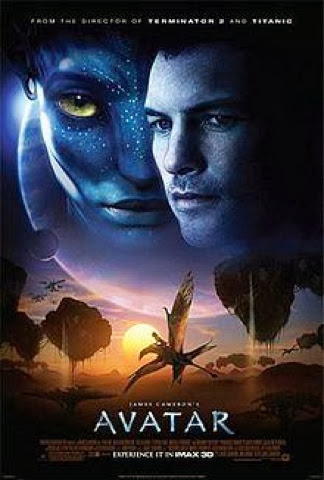 Posted by Stephen Skelton at 3:07 PM

Email ThisBlogThis!Share to TwitterShare to FacebookShare to Pinterest
Labels: Avatar