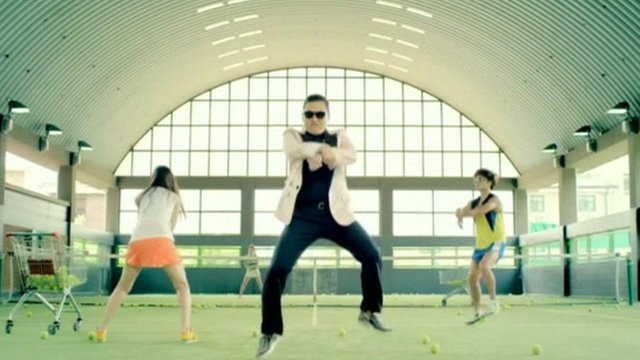 Gangnam Style has become the first video to clock up more than one billion views on YouTube.
The South Korean dance track was posted online in July, propelling pop star Psy to worldwide fame.
It has inspired hundreds of parody clips, from members of the British army, Thai navy and Minecraft gamers, among others.
YouTube's owner, Google, said the video had been watched seven million to 10 million times a day on average.
It overtook the previous record holder - Justin Bieber's music video Baby - on 24 November.
"Psy's success is a great testament to the universal appeal of catchy music - and er, great equine dance moves," wrote Kevin Allocca, YouTube trends manager, on the service's blog.
Globalised Gangnam 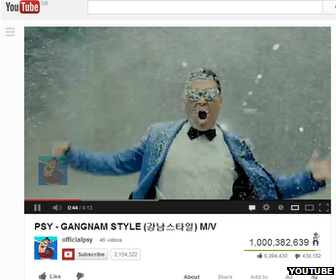 The video's YouTube hit counter added a dancing Psy animation after it hit the one billion milestone
One industry watcher said the fact so many people continued to post their own versions of Gangnam Style had played a huge part in the clip's success.
"I've seen a statistic which reckons the one song will have generated something like $8m [£5m] by the end of the year from money that comes directly from YouTube through advertising plus download sales, its uses in adverts and TV programmes," Chris Cooke, business editor of the CMU music news site, told the BBC.
"It shows that YouTube - which is a free-to-use as a promotional platform for the music labels - can lead to substantial income.
"Should every artist be trying to think of a funny video that will go viral and be mimicked? I don't know whether it's a template that can be copied, but it certainly shows how quickly an eye-catching clip can spread thanks to social networks and YouTube."
Sir Martin Sorrell - chief executive of advertising giant WPP - paid tribute to the achievement by making a link between Psy and one of the west's most influential economists.
"Another great example of Theodore Levitt's 'globalisation' and the power of K-pop," he told the BBC.
Scott Mills, the BBC Radio 1 DJ who championed the song on his show, said he was amazed by the phenomenon that the song had become.
"The thing that interests you in the video is the fact that you don't understand the lyrics. 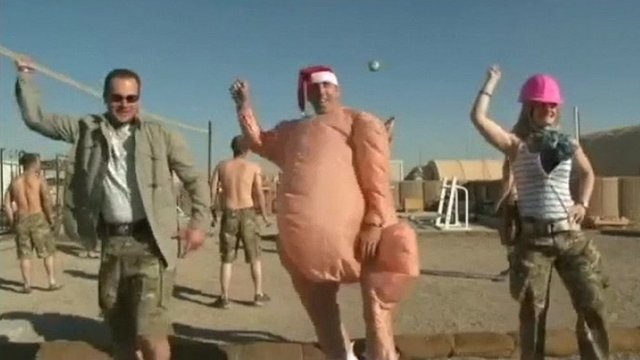 British troops in Afghanistan have made their own version. Footage courtesy BFBS: British Forces News
"The first time I saw it was on The Ellen DeGeneres Show in America and I just thought it was a bit of fun, but I didn't expect it to be as big as it was.
"Psy came into my Radio 1 show and The Guinness World Records presented him with a plaque for the most 'liked' YouTube video of all time and the amazing thing is he is just a guy, he hasn't tried to do any of this."
D C Han, a South Korean hair stylist who worked in Gangnam before starting a business in London, added that he was proud to see the song become such a massive hit.
"I was amazed" he told the BBC.
"K-Pop is getting stronger and stronger, everywhere in Asia they are listening to it - China, Hong Kong, Taiwan. Maybe even in Japan but they might not admit it."
Gangnam Style passes 1bn hits 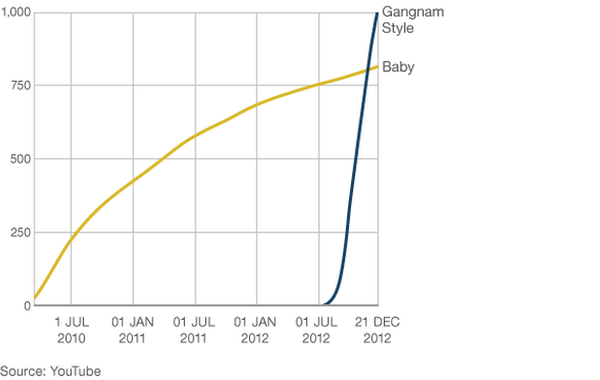