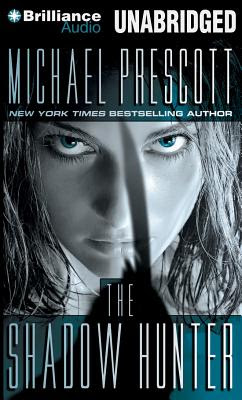 Release Date: September 11, 2012
Abby Sinclair deals in risk assessment—but it’s lives, not fortunes, that are at stake. The Los Angeles investigator goes undercover to figure out whether a client’s stalker is simply an overzealous fan or a dangerous psychopath. She’s learned the hard way that the difference isn’t always apparent until it’s too late. In Raymond Hickle’s case, however, Abby has no doubts.
The awkward loner’s fixation with gorgeous news anchor Kris Barwood has progressed from creepy to murderous. So Abby befriends Hickle, trying to gauge when and how he’ll strike. Yet her target is as wily as he is unhinged, and Abby has unwittingly made herself a madman’s latest obsession. With her reputation and life on the line, Abby races to save Kris before Hickle eliminates them both.
New York Times best-selling author Michael Prescott takes readers on an adrenaline-pumping thrill ride packed with ingenious twists and gut- churning suspense.

Recluse Raymond Hickle has his sick sights set on Kris Barwood, the stunning Los Angeles news anchor. Meanwhile, freelance private detective Abby Sinclair is hired to stalk the stalker. She moves into Hickle's apartment building, befriends him, spies on him and draws out the deepest secrets from himAall in the hopes of stopping him from eventually killing Barwood. Hickle's secret informant, Barwood's cheating husband, Sinclair's suspicious lover and a botched stalker case from four months ago further complicate matters. The story appears as if it's going to climax near the three-quarters point of the book, but then Prescott (Comes the Dark) plants a series of twists and turns that keeps his novel going strong for more than 100 additional pages. In fact, so convincing is Prescott's prose that it's initially difficult to accept that the primary plot surprise isn't a bluff by one of the main characters. By the time all the shadows have been hunted, only two are captured and killed. But while a low body count may be uncommon in some modern-day thrillers, the technique works in Prescott's favor, enabling him to weave brilliant elements of psychological horror into the standard hunter-and-hunted story. Agent, Jane Dystel. (June)
Copyright 2000 Reed Business Information, Inc. --This text refers to an out of print or unavailable edition of this title.

Michael Prescott was born and raised in New Jersey and attended Wesleyan University, majoring in film studies. After college, he moved to Los Angeles to pursue a career as a screenwriter. In 1986 he sold his first novel, and has gone on to pen six thrillers under the name Brian Harper and ten books as Michael Prescott. He has sold more than one million print copies and is finding a large new audience through e-books. Fan-favorite character Abby Sinclair, the “stalker’s stalker” first introduced in The Shadow Hunter, has since appeared in three more books.

Born in 1960, I grew up in New Jersey and attended Wesleyan University, then moved to Los Angeles, where I wrote scripts for several independent producers. I also worked as a magazine freelancer and archival researcher, and eventually authored six suspense novels under the pseudonym Brian Harper before switching to my new identity as Michael Prescott.

My first Michael Prescott novel, COMES THE DARK, grew out of my interest in ancient religion and mythology. I followed up with STEALING FACES, which first appeared as an electronic book (a novelty back in 1999), and THE SHADOW HUNTER, which was praised by Publishers Weekly for its "brilliant elements of psychological horror." Publishers Weekly also had kind words for LAST BREATH ("a chilling, character-driven tale") and NEXT VICTIM ("unrelentingly suspenseful"). IN DARK PLACES was called a "dark, compulsive read" (Publishers Weekly), a "gripping new drama" (Cemetary Dance), and "hard to predict and thoroughly absorbing ... Michael Prescott at his best" (Round Table Reviews). With DANGEROUS GAMES, I began a trilogy featuring FBI agent Tess McCallum and freelance security consultant Abby Sinclair, who appeared separately in two of my earlier books. The trilogy continued with MORTAL FAULTS and

Changes in the publishing industry made it hard for me to get a print deal after FINAL SINS. Ebooks, however, are more than taking up the slack. In 2010, I self-published RIPTIDE as an ebook and a print-on-demand paperback. This was followed by new ebook editions of most of my backlist titles. Sales have far exceeded my expectations, and by the summer of 2012 I had sold about 1.1 million ebooks, hitting the New York Times and USA Today bestseller lists.

A new novel, GRAVE OF ANGELS, made its debut in August, and THE SHADOW HUNTER was reissued in September. I'm currently working on a new thriller.

Well, I'm impressed! I am a pretty jaded mystery reader, but Prescott managed to fake me out with this book. I liked it a lot, and wholeheartedly recommend it to lovers of good mysteries.The heroine is Abby Sinclair. She is a hunter of stalkers. She insinuates herself into their lives and collects information that will bring them down before they can claim a victim. Abby is bright, extremely competent and amazingly resourceful. Prescott's villian, Raymond Hickle, is believable and well written, as is Hickle's quarry, a beautiful TV news reporter. This book is suspenseful, carefully crafted, gracefully written, and is guaranteed to keep you reading non stop until the end. I hope Prescott sees fit to bring Abby back in a sequel. Meanwhile, I have ordered his other three novels.

Posted by Stephen Skelton at 5:05 AM