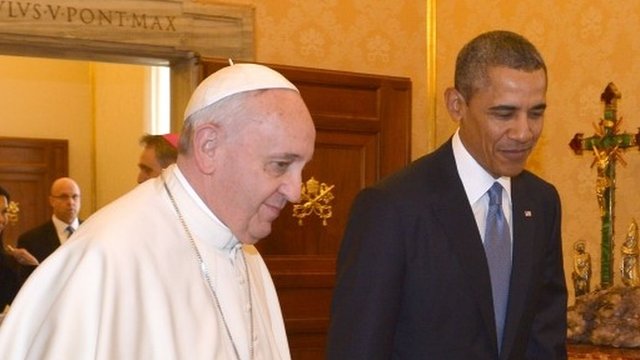 US President Barack Obama says it was a "great honour" to meet Pope Francis for the first time during a European tour dominated by the crisis in Ukraine.
He flew into Rome after three days of talks with world leaders in the Netherlands and Brussels.
Tensions are high following Russia's annexation of Crimea from Ukraine.
On Wednesday Mr Obama said the US and the EU were considering deeper sanctions against Moscow if there were any further incursions.
Pro-Russian forces seized Crimea - which has a Russian-speaking majority - this month.
Continue reading the main story

Gavin HewittEurope editor
Moscow annexed the peninsula after it declared independence following a referendum that Ukraine and its Western allies consider illegal.
In other Ukraine developments: 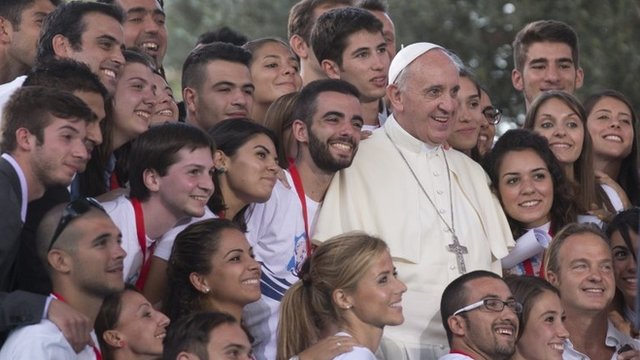 A 90-second look-back at the Argentine Pope's first year in charge
'Brute force'
In a newspaper interview published before their meeting, Mr Obama described the Pope as a man who "lived the Christian Gospel".
US Deputy National Security Adviser Ben Rhodes said President Obama has been inspired by Pope Francis' messages of inclusion and equality.
He said Mr Obama planned to express his appreciation for his leadership. 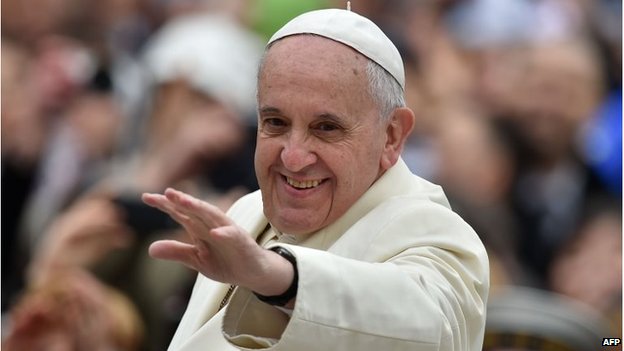 President Obama has praised the Pope for his compassion and his emphasis on helping the poor
The BBC's Alan Johnston in Rome says the two men have very different views on subjects such as abortion, contraception and gay marriage, but at this meeting they are likely to emphasise what they share.
After meeting the Pope, Mr Obama is due to meet both Italian President Giorgio Napolitano and Prime Minister Matteo Renzi.
President Obama is accompanied in Italy by US Secretary of State John Kerry. 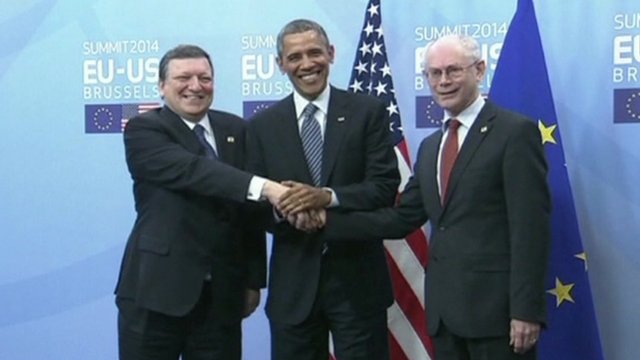 US and EU 'united' over Russia 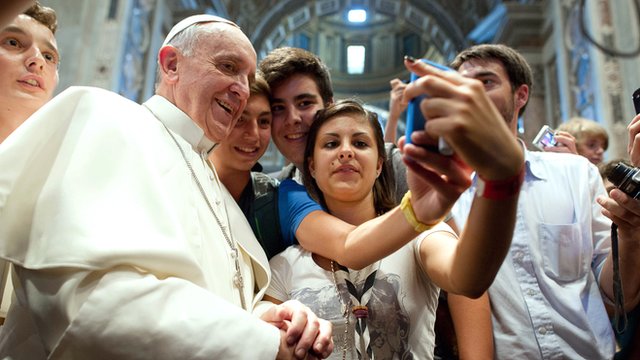 What do Americans have to say about Pope Francis?
On Wednesday, Mr Obama held talks with EU leaders in Brussels. Washington and the EU have already imposed targeted sanctions against Russian and Ukrainian individuals over the annexation of Crimea.
Later he said Russians would "recognise that they cannot achieve security, prosperity and status... through brute force".
"That's why, throughout this crisis, we will combine our substantial pressure on Russia with an open door for diplomacy," President Obama said.
Pro-Russian forces began seizing key sites in Crimea days after Ukraine's Moscow-leaning President Viktor Yanukovych was ousted.
He left power following months of bloody protests over his decision to seek greater ties with Moscow rather than the EU.
President Obama flew to Brussels following a nuclear security summit in the Netherlands.
Posted by Stephen Skelton at 7:15 AM