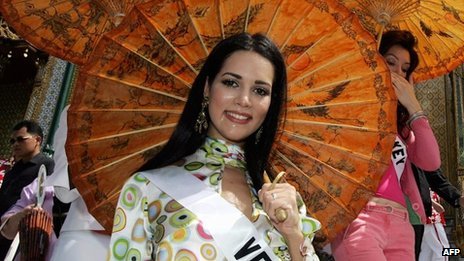 The minister's comments came after a public outcry over the murder of a ex-beauty queen, Monica Spear, who was shot dead on Monday
Continue reading the main story

Venezuela's interior minister has given out his personal mobile phone number on live television, and urged police officers to call him directly to report cases of corruption within the force.
Miguel Rodriguez said rooting out corruption was the only way for the police to regain public trust.
Police corruption is seen as one reason why Venezuela has one of the highest murder rates in the world.
His comments come amid public anger after the murder of Monica Spear.
The popular former beauty queen and her ex-husband, Thomas Berry, were gunned down in their car in front of their five-year-old daughter, who was wounded.
Seven people have been arrested in connection with the crime. 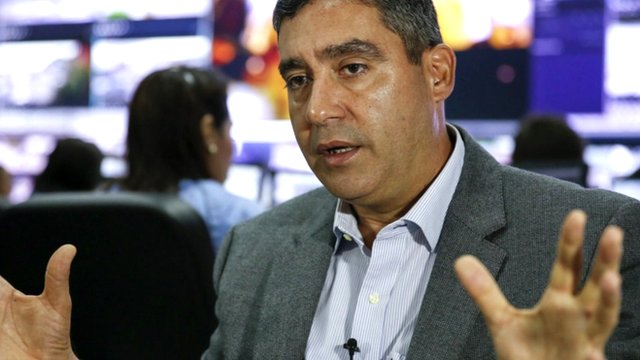 BBC Latin American Editor Mattia Cabitza: ''It's... an unusual story''
"New police officers will always have some great superiors, well-prepared ones," Mr Rodriguez said at an official ceremony in the Venezuelan capital, Caracas.
"But they also are going to get some bad eggs. Report them fearlessly because their (corruption) undermines police authority for the Venezuelan people.
"Just give me the information right away, and we will rip the head off that immoral police superior," the minister warned, after giving the officers his mobile number.
The BBC tried to ring the number but calls were not immediately answered.
Rampant crime
The murder of Ms Spear, thought to have been a botched robbery, has reignited debate about insecurity in Venezuela.
Experts often cite police corruption as part of the crime crisis; most homicides go unpunished.
Last year, nearly 25,000 people were killed in the South American country, according to the Venezuelan Violence Observatory, a non-governmental organisation.
The government disputes these figures.
On Wednesday, President Nicolas Maduro met the governors of all 23 states and mayors from the most violent cities to co-ordinate action against crime. 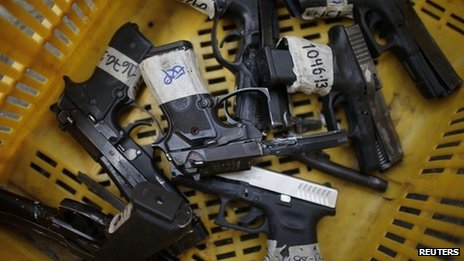 Illegal weapons are readily available in Venezuela
He urged all politicians to put their differences aside and work together to end rising violence.
He announced he would act "with an iron fist," saying that the full weight of the law would be brought to bear on the perpetrators of the crime.
The Venezuelan opposition leader and former presidential candidate Henrique Capriles also met Mr Maduro - the first time since last year's disputed election.
Ms Spear and her former partner were buried on Friday in the Venezuelan capital, Caracas.
Hundreds of fans, fellow artists and relatives formed long queues at the cemetery to pay their respect.

Posted by Stephen Skelton at 3:45 AM