Technology - our greatest myth - can it really transform society? 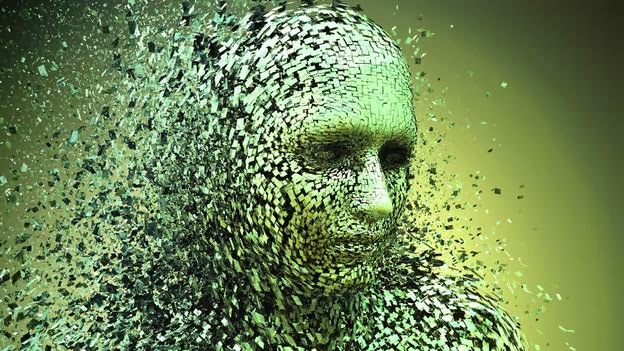 Many optimists believe that technology can transform society, whether it’s the internet or the latest phone. But as Tom Chatfield argues in his final column for BBC Future, the truth about our relationship with technology is far more interesting.

Qwerty: Time for a rethink?

Apple designs break from the past

When smart is not so smart

Mastering the art of forgetting

BBC reports from Las Vegas tech meeting
Lecturing in late 1968, the American sociologist Harvey Sacks addressed one of the central failures of technocratic dreams. We have always hoped, Sacks argued, that “if only we introduced some fantastic new communication machine the world will be transformed.” Instead, though, even our best and brightest devices must be accommodated within existing practices and assumptions in a “world that has whatever organisation it already has.”
As an example, Sacks considered the telephone. Introduced into American homes during the last quarter of the 19th Century, instantaneous conversation across hundreds or even thousands of miles seemed close to a miracle. For Scientific American, editorializing in 1880, this heralded “nothing less than a new organization of society – a state of things in which every individual, however secluded, will have at call every other individual in the community, to the saving of no end of social and business complications…”
Yet the story that unfolded was not so much “a new organization of society” as the pouring of existing human behaviour into fresh moulds: our goodness, hope and charity; our greed, pride and lust. New technology didn’t bring an overnight revolution. Instead, there was strenuous effort to fit novelty into existing norms.
The most ferocious early debates around the telephone, for example, concerned not social revolution, but decency and deception. What did access to unseen interlocutors imply for the sanctity of the home – or for gullible or corruptible members of the household, such as women or servants? Was it disgraceful to chat while improperly dressed? Such were the daily concerns of 19th-century telephonics, matched by phone companies’ attempts to assure subscribers of their propriety.
As Sacks also put it, each new object is above all “the occasion for seeing again what we can see anywhere” – and perhaps the best aim for any writing about technology is to treat novelty as not as an end, but as an opportunity to re-scrutinize ourselves.
I’ve been writing this fortnightly column since the start of 2012, and in the last two years have watched new devices and services become part of similar negotiations. By any measure, ours is an age preoccupied with novelty. Too often, though, it offers a road not to insight, but to a startling blindness about our own norms and assumptions.
Take the litany of numbers within which every commentary on modern tech is couched. Come the end of 2014, there will be more mobile phones in the world than people. We have moved from the launch of modern tablet computing in mid-2011 to tablets likely accounting for over half the global market in personal computers in 2014. Ninety per cent of the world’s data was created in the last two years. Today’s phones are more powerful than yesterday’s supercomputers. Today’s software is better than us at everything from chess to quiz shows. And so on.
Singularity myth
It’s a story in which both machines and their capabilities increase for ever, dragging us along for the exponential ride. Perhaps the defining geek myth of our age, The Singularity, anticipates a future in which machines cross an event horizon beyond which their intellects exceed our own. And while most people remain untouched by such faith, the apocalyptic eagerness it embodies is all too familiar. Surely it’s only a matter of time – the theory goes – before we finally escape, augment or otherwise overcome our natures and emerge into some new phase of the human story.
Or not. Because – while technological and scientific progress is indeed an astonishing thing – its relationship with human progress is more aspiration than established fact. Whether we like it or not, acceleration cannot continue indefinitely. We may long to escape flesh and history, but the selves we are busy reinventing come equipped with the same old gamut of beauties, perversities and all-too-human failings. In time, our dreams of technology departing mere actuality – and taking us along for the ride – will come to seem as quaint as Victorian gentlemen donning evening dress to make a phonecall.
This is one reason why, over the last two years, I’ve devoted a fair share of columns to the friction between the stories we tell about tech and its actual unfolding in our lives. From the surreptitious erosion of digital history to the dumbness of “smart” tech, via email’s dirty secrets and theimportance of forgetfulness, I love exploring the tensions between digital tools and analogue selves – not because technology is to be dismissed or deplored, but because it remains as mired in history, politics and human frailty as everything else we touch.
This will be the last regular Life:Connected column I write for BBC Future. Instead, I’ll be writing a book about one of my obsessions: attention, and how its quantification and sale have become a battleground for 21st Century selves. I will, however, continue examining technology’s impact here and elsewhere – and asking what it means to watch ancient preoccupations poured into fresh, astounding moulds.
On which note: what do you think is most ripe for abandonment around technology today? Which habit will come to be seen by future generations as quaint – our equivalent of putting on bow ties for telephones?

Posted by Stephen Skelton at 4:06 AM